Surrogacy is basically implanting an embryo of a couple in other woman’s uterus so that she can bear the child for the couple. A surrogate mother thus is a woman who rents out her womb to another couple who is infertile so that they can have their own baby in her womb. Surrogacy is successful for those childless couples who are not in a position to carry a pregnancy themselves, due to infertility problems and women’s ovulation disorder.

Most infertile couples overcome their infertility problems with medical treatments, including drug or hormone therapies or surgery, but for some, medical treatments do not help. Nowadays, surrogacy has become popular largely due to the increasing infertility rates. The second reason for that is the increasing number of lesbian, gay, bisexual, transgender population around the world.

The arrangement of surrogacy involves a woman, who is called a surrogate and an individual or a couple called as intended parents who want to get a child through surrogacy. The surrogate woman is made pregnant usually by artificial insemination, using the sperm either of the intended father or a sperm donor in case if the man is infertile. Instead of that, if necessary the fertilized egg of the couple is implanted into the uterus of the surrogate women by surgical method.

Nowadays, many infertile couples, singles and same-sex couples (Gays and Lesbians) are taking surrogacy services from many existing Surrogacy agencies in India. All forms of surrogacy including Gestational surrogacy are easily available at affordable costs in India.

1. A donated egg fertilized with sperm from the intended father and then it is implanted, via a process called in vitro fertilization or IVF.

2. The egg(s) and sperm of the intended parents.

3. An embryo created using donor eggs and donor sperm selected by the intended parents.
In this form of surrogacy, the surrogate mother is not biologically or genetically related in any way to the unborn child.

The traditional surrogacy process is somewhat different. In this process the woman is impregnated by artificial insemination or intrauterine insemination (IUI). The woman is genetically linked to the child because her own eggs are fertilized in this method. In this traditional process the woman acts both- an egg donor and a surrogate mother. Her egg is fertilized by artificial insemination of the sperms of either the intended father or a sperm donor.

These two basic types of surrogacy are further categorized into two types – commercial and altruistic.

In commercial surrogacy the surrogate mother is paid by the intended parents as a compensation for growing their child in her womb. It is like they pay a fee to her for her effort to bear their child since they are incapable to produce the child. They do it so for the accomplishment of their dream of becoming parents.

In altruistic surrogacy the surrogate mother agrees to bear the child through artificial implantation of insemination without the expectation of any monetary compensation. She receives no financial reward for carrying the child in the pregnancy. However, she is still paid the medical expenses and the expenses required for the pregnancy and birth. This helps her cover the expenses required for travel arrangements to hospital, clinics and as an appreciation for her time and efforts. 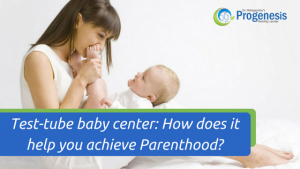 Test-tube baby center: How does it help you achieve Parenthood? 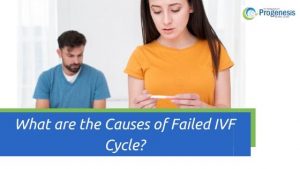 What are the Causes of Failed IVF Cycle? 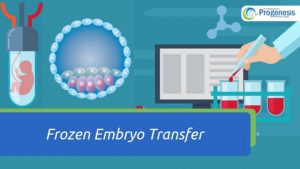