Picture this heart wrenching situation: you get married and are happy about starting a family with your husband. Fast forward to almost two years later where you and your husband are still childless. There is nothing quite so frustrating for a couple as an unsuccessful quest to bring a newborn into the world. For some couples, becoming pregnant is simple. It often happens effortlessly or even by accident. For other couples, the process can be one that involves tears, stress, and visits to doctors and fertility specialists. It can mean a financially and emotionally draining process.

“I had no idea that for up to a quarter of infertile couples, the root of the problem lies with man!” Well, that statistic is just the global average. According to doctors at many infertility clinics, male infertility accounts for up to 45% of all infertility cases in India. These health professionals feel that social stigma against male infertility prevents men from being completely honest about their role in the process of conception. In some instances, the males are so adamant about infertility problems lying with them that they refuse to seek out the proper tests, treatments, and counseling for this growing problem. Many health professionals believe that this attitude is prevalent (at least in India) because society has placed almost all of the responsibility of conceiving and having kids with the woman!

The most potential male infertility causes tend to be based on the conditions of the sperm. If there is total absence of sperm or the condition known as azoospermia, then there is absolutely nothing for the man to fertilize the woman’s egg cell. Infertility can also be caused by low sperm count or oligospermia. The quantity of the sperm cells is not just the only factor that makes a man fail to fertilize the woman’s egg though. If the sperm has an abnormal shape or if its movement towards the eggs runs into problems, infertility can also be possible. Of course, physical factors such as sexual dysfunction and poor erection conditions would prevent the sperm from fertilizing the egg.

Other causes of male infertility

Since no pregnancy can occur if the sperm does not fertilize the egg, men are equal culprits in infertility cases and therefore should shoulder an equal amount of blame. There are many causes of male infertility including:
● Hormonal problems
● Low sperm count or dysfunctional sperm
● Testicular, prostrate, or sexual problems
● Cancer treatments
● Smaller testicles
● Swelling in the scrotum
● A family history of infertility

Hormonal problems are a major cause of male infertility because men need to have hormones which are at a certain level and balance to produce healthy sperm which is capable of successfully fertilizing an egg and resulting in a healthy pregnancy and baby.

Men need to produce a certain amount of sperm in order to get their partners pregnant because the majority of sperm die in the process of fertilizing the egg. Sometimes, men produce unhealthy or abnormal sperm which can be caused by testicles that don’t descend, genetic defects, diabetes, or sexually transmitted diseases (STDs).

Some men have diseased or malformed testicles which don’t produce sperm which is normal or healthy enough to successfully fertilize the egg. In other instances, an enlarged prostate can prevent the testes from producing sperm. Finally, some men have a hard time becoming erect and are unable to help their partners conceive.

Cancer treatments contribute to male infertility problems because chemotherapy and other treatments can damage the sperm and the reproductive organs that produce healthy sperm. This can play a key role in preventing conception from occurring!

Smaller testicles either don’t produce as much sperm, as healthy sperm, or both!

Sperm is stored in the scrotum,, so if it is damaged, its ability to store sperm during ejaculation is impared and this can greatly and negatively affect a woman’s chances of getting pregnant.

Like most other diseases, infertility tends to run in families. Therefore if a man has a father or grandfather who experienced male infertility problems, the chances of him having trouble getting his partner pregnant are much greater.

Women are not the only culprits

“Well, I had no idea that men share equal blame in infertility cases. I never thought about insisting that my husband be tested for infertility, but I think I will now!” That is a very good decision because you may find (as many couples have) that your infertility problems have nothing to do with female infertility!

Male infertility is on the rise—so why aren’t we talking about it? 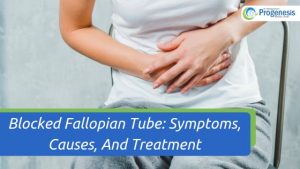