A woman starts to ovulate from the time she attains puberty and till the point when menopause begins. The point at the menstrual cycle where the ovary releases a mature egg is known as ovulation. Once released, the egg makes its way down the fallopian tube where it can be fertilized by a sperm, thus resulting in pregnancy. For a normal healthy woman, ovulation takes place once a month and a few weeks after menstruation begins.

Fertile window refers to the period when a woman has the best chances of getting pregnant. Normally, a woman is at her most fertile in the five days leading up to ovulation and the day of ovulation itself. She has an even higher chance of successful conception in the two days before ovulation. A couple trying for pregnancy can use an ovulation calculator to predict the fertile window and engage in unprotected sexual intercourse accordingly.

An ovulation symptom most commonly observed is a change in body temperature. It drops slightly before ovulation and spikes again after it. Another quite common sign is a constant lower abdominal pain. Changes in the cervical mucus are also a good indicator of impending ovulation and the different degrees of fertility during it. Other symptoms reported by many ovulating women include a heightened sense of smell and recurrent nausea and headache.

Ovulation is a normal function of the female reproductive anatomy, which also makes the above signs and symptoms a part of any woman’s life when she is ovulating. However, if any of these signs are overbearing and get in the way of normal life, you must consult a fertility specialist as soon as possible. 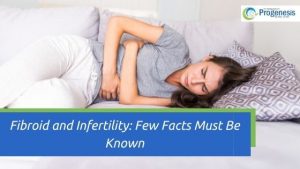 Fibroid and Infertility: Few Facts Must Be Known 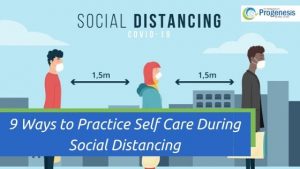 9 Ways to Practice Self Care During Social Distancing