Miscarriages can be devastating for couples, especially those who have gone through multiple fertility treatments to conceive in the first place. However, in cases where a fertilized egg has an abnormal number of chromosomes, there is precious little anyone can do to prevent or preempt a miscarriage.

That said, there exist other causes that an expecting couple could prepare for. For instance, it is important to avoid any major injury or serious infection during pregnancy as they can lead to a miscarriage. Similarly, unmanaged diabetes and a disturbed hormone balance can also cause a miscarriage. Women who’ve previously undergone miscarriages are also at a greater risk of suffering from a miscarriage. In the event of a late miscarriage, uterine abnormalities are the most likely culprits. Lastly, women who’ve been pregnant for less than six weeks should guard against high fever (above 102 degrees) as it can damage an embryo irreparably.

Signs of an Impending Miscarriage

If a pregnant woman in her first trimester experiences one or more of the following signs and symptoms, it could be a sign of possible miscarriage.

Though unfortunate, a miscarriage is not all that uncommon. It is basically a rejection of the developing embryo by the body due to several reasons, the most common of which are explained above. By avoiding things that pose a threat to the pregnancy in the first three months, a couple can bring down the risk of suffering a miscarriage by a huge margin.

How to Deal with Two Weeks Wait 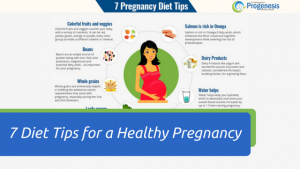 7 Diet Tips for a Healthy Pregnancy