The pain of not being able to give birth to a child after 14 years of marriage is unexplainable. The feeling of incompleteness that the couple from Sangamner, Mr. and Mrs. Rahane faced everyday was very painful. They had earlier taken treatments from different doctors to treat infertility through medication and also went for an ayurvedic treatment, but all of this was in vain as nothing yielded positive results.

Not did they know that an IVF educational camp organised by Progenesis fertility centre in Sangamner was about to change their life for better. A brief interaction with Dr. Malagaonkar on infertility and how the IVF technique works drew them to the clinic to understand and know more about the reason for their childlessness.

On visiting Dr. Malangaonkar at the Progenesis IVF clinic which is considered to be the best IVF centre in India, the one on one interaction with him revealed the reasons for the failure of earlier treatments. The doctor’s positive approach to their problem rekindled their hope.

Understanding of the treatment by the patient is very important factor in the success of it. Mr. and Mrs. Rahane were thoroughly explained the complications that persisted in the earlier treatments.

The patient from Sangamner came to Progenesis Fertility Center, Nashik, India after 14 years of marriage and failing to conceive a child. They underwent infertility treatments at a number of different clinics but did not get positive results. They readily opted for the treatment at Progenesis fertility center and got a positive result in the first attempt of IVF cycle of treatment.

One thing that took Mr and Mrs. Rahane by surprise was the doctor’s involvement in their case. Despite having an able staff and all the facilities, the doctor was involved personally in all the necessary tests. Form performing all the sonography to making sure that the medicines are prescribed and taken at time, the doctor paid personal attention. This personal attention made the wait worthwhile.

On taking the patient through all the tests, the doctor counselled them that in their case, the maximum number of cycles to get a positive result would be three. The couple on listening to this positive result after listening to years of negative responses was overwhelmed. The doctors methods and approach towards them had already restored their faith in the  IVF treatment and for the first time after 14 years, they felt content and satisfied.

The treatment began, the polite staff was always up to assist the couple and since all the facilities for all the treatment and all the machines were under one roof, the process became very convenient for the couple who was traveling from outstation.

Mr. and Mrs. Rahane, were astound when Dr. Malagaonkar himself gave them the sweet news of being pregnant after the first cycle itself. As the couple describes, “It was the best news we had heard in the longest time and we could not belive it at first. We were all the more happy to hear it from the man because of whom we have got this joy in our life.”  Mrs. Rahane could not hold her tears and kept on expressing her gratitude towards the doctor for giving her the gift of motherhood.

The doctor also instructed the couple of the further proceedings and consulted them on all the precautionary measures and about the medications. The couple returned happily with their bundle of joy. Whenever inquired by anyone about the best IVF centre in india, the couple without hesitation recommends Progenesis IVF centre.

The couple share about how along with their First positive IVF cycle, they have witnessed 6 couples out of 10 couples gain positive results in the time they were going through the process. Mr. and Mrs. Rahane consider Dr. Malagaonkar with highest regards and recommends his treatment to everyone who is troubled with getting pregnancy issues. Other couples have also yielded positive results and have got pregnant.

It is the efforts of the doctor and the way he treats the patients and instructs his staff that is the reason of couples troubled with infertility have given birth to healthy children. 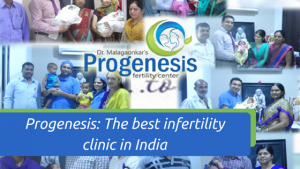 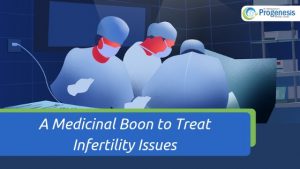