Unlike female infertility, which is frequently caused by a fertility disorder, male infertility is often times related to physical activities that limit their reproductive abilities, or to the quality of a man’s sperm.

Male infertility is usually related to hormonal disorders, obstruction of reproduction, sexual dysfunction, or recurrent disease is actually a state of disability rather than a specific disease. Therefore, the diagnosis of this disorder requires a comprehensive approach that should cover everything that affects human health, it is regrettable, however, that half of infertile men with irreversible infertility, which severely limits their ability to bear children.

Azoospermia and Oligospermia are two of the most common disorders that lead to testicular causes of male infertility. Azoospermia refers to the complete lack of sperm in semen, which can be a genetic disorder, or often times is due to scar tissue in the testes left behind from traumatic injury. Oligospermia is a disorder that leaves the male with an unusually low sperm count, making conception extremely difficult or impossible. Oligospermia can be temporary or permanent. While neither of these conditions are reversible, some individuals with Oligospermia have been treated with medications that have increased the amount of sperm in their semen, making conception possible.

Testicular causes of infertility in men refer to problems or disorders that occur within the tests. The most general testicular problems consist of bad semen quality, which can be a genetic disorder or a result of an unhealthy lifestyle or abnormal sperm morphology, which is another disorder that directly affects the sperm.

Conceiving with this situation is not always easy. But if you come up to the dilemma with an open mind, then you can make the procedure less stressful. 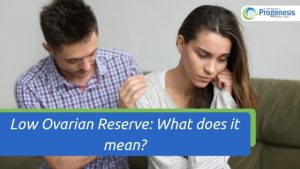 Low Ovarian Reserve: What does it mean? 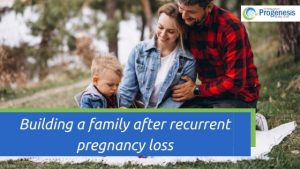 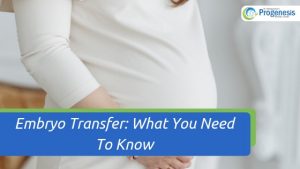 Embryo Transfer: What You Need To Know